Nowadays, to avoid the side effects of chemotherapy, many institutions and companies are focusing to develop more effective anti-cancer therapies with fewer side-effects. Recently, the UC Irvine team has engineered a stem cell-based method that can destroy breast cancer cells by metastasizing them in the lungs in the most effective way possible. This method was experimented with a mouse and the cancer cell was successfully metastasized in the lungs.

The tissues and the organs of our bodies make cells and these cells secrete molecules and proteins that create a scaffold between the cells. This scaffold is known as extracellular matrix. The extracellular matrix plays an important role in regulating cell growth and several other functions. According to the previous studies (experimented on the mice), the accumulation of collagen and the other proteins in the matrix boost the tissue stiffness and develop metastasis.

UC Irvine: The Inventor of MRCS

Depending on this theory, the UC Irvine team focused to form a cell system that will release chemotherapy medicines in response to the elevated stiffness. They found that mesenchymal stem cells not only migrate to tumors in the human body but also trigger of particular genes in response to the increased stiffness to their cellular environment. The researchers, at the UCI team, developed mesenchymal stem cells in order to carry a gene, which codes for a protein that is involved in the activation of the chemotherapy drugs. The gene is specially designed to be turned on only when it encounters a stiff, cancerous tissue. This method is known as MRCS or mechanoresponsive cell system.

According to Weian Zhao, the team leader of UC Irvine, they have engineered MRCS to metastasize the breast cancer into the lungs. He has also mentioned that this technology will also be applicable to different metastases as well. This is possible because most solid tumors are stiffer than normal tissues. He claims that their system is unique and powerful since they don’t need to spend the time to create new protein marker for every kind of cancer.

How MRCS Can Help a Cancer Patient

The MRCS has helped the cancer patients to live a longer life. In the MRCS, the mesenchymal stem cells were infused through the blood and placed it to the lungs. When this cell finds any stiffed tissue or tumor cells, they activate the chemotherapy tissues and kills the tumor cells with minimal damage. When the MRCS stem cells were given to mice without tumors, during an experiment, no damage to healthy tissue was observed.

So, it can be predicted that people, suffering from cancer, would be able to avoid the side-effects of chemotherapy, with the help of MRCS. Since this cell does not damage the healthy tissues, the chance of recovery will be increased to a great extent. Let’s hope to be the best! 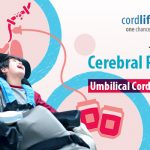 When Mr and Mrs. Conn realised that their daughter Georgia was struggling to see or play like other children, they got her diagnosed immediately. There are numerous families like the Conn Family who have children suffering from cerebral palsy in their house. The parents may notice their children are failing to reach their age-wise developmental […] 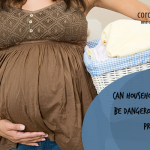 Can Household Chores Be Dangerous During Pregnancy?

While pregnant moms have a tendency to do weird stuff like eating, doing stuff on whims but expectant mothers are always given specific instructions regarding household work. There are many chores that are not safe for to be moms. You will have to stop doing them completely. No safe limit is demarcated in lifting weights, […] 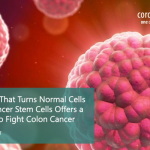 It is because of the jaws, all vertebrate mammals can consume food using various techniques like biting, chewing, and managing food. But, did you know which chemical is behind the formation of this framework of the mouth? We would have not developed our upper and lower jaw, as well as teeth buds, palatal shelves, including […]