Infants have delicate skin that needs special care. Many infants develop skin conditions after birth. Most of the skin diseases in infants are temporary and go away on their own after a few days. Following are a few common skin conditions in infants.

This is a common skin condition that affects most babies shortly after birth. Desquamation is basically the term for dry, peeling skin that is known to affect many new-borns. It especially affects those babies who are born after the due date. They usually heal within few weeks.

Commonly known as cradle cap, this condition mostly affects the scalp of the baby. However, it can spread to the ears, face, underarm and neck causing an itchy rash. It can even spread to the diaper area. Cradle cap is caused due to the accumulation of sebum, an oily substance produced by glands. When this happens then the skin tends to stick together instead of shedding.  This usually clears up within few weeks or a month. Usually, application of oil or lotion is enough to treat this condition.

This is another common condition during the first few days after birth. They look like small pearl coloured bumps on the baby. They often resemble small whiteheads. Milia appear mostly on the baby’s face especially forehead, cheeks, nose and chin. They may also appear on the limbs, gums and even penis of infant boys. However, they usually disappear on their own without any treatment within the first month itself.

Miliaria affects almost 40% of all new-born babies. They usually appear in the first month after birth. It is commonly known as ‘heat rash’ or ‘prickly heat’. This is caused from sweat retention when sweat ducts on the skin get blocked due to some reason. They appear like small red blisters filled with pus or fluid. They usually appear on the back, neck, underarm and chest. These rashes can get itchy. They usually disappear on their own without any medical intervention. They usually improve after cooling measures are taken.

This is another common skin rash among infants and affects between 40-70% of infants. This rash usually appears between the third and fifth day after birth. It looks like red blemish with irregular borders that are slightly raised. They may or may not have a small white or yellow dot in the center. They usually appear on face, neck, chest, arm or back. They also usually go away on their own in a few days or weeks without any medical treatment.

Neonatal acne is commonly known as pink pimple. This is another extremely common skin condition among infants. It appears mostly on the nose and forehead, and resembles pimples or blackheads. Newborn acne is when more sebum is produced due to hormonal reactions of the baby or mother. Sometimes, this acne is also caused by yeast that lives on the skin. They usually go away within a few days on their own but treatment may be needed in some cases.

An infant’s skin is underdeveloped and skin rashes are common occurrence. As you read, the good news is that they usually go away on their own. However, if some of the rashes make the baby too uncomfortable, it is advisable to consult the doctor.

EPIK MOM:   To avail the Offer, Please Store Your Baby’s Stem Cells at The Time of Delivery with Cordlife India.

Summary:                  Most pregnant ladies are aware of what to do and what not to do. Their doctors usually provide them with a list of that. But here are some surprising do’s and don’ts that they don’t know. When you will conceive your doctor will provide you with the list of things to do and […] 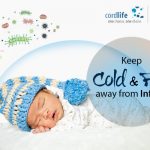 Keep Cold & Flu Away from Infants

Your child getting the flu is almost inevitable, but it’s important to keep these viruses away when they are infants. Their immune systems are still developing, making them highly susceptible to the 200+ different viruses that can cause the cold. Thankfully, there are steps you can take to prevent your child from getting sick with […]