Comeback stories are inspiring. They give us hope for the future. This story is about Dream Alliance, a horse whose comeback story to recover from Achilles tendon injuries will offer hope for many. Wondering why this is a big story? Read on.

The Achilles tendon is the largest tendon in our body that connects the calf muscle with the heel bone. The Achilles tendon goes through a lot when we run or jump or lead an active life. This is the reason that many athletes and players suffer from Achilles tendon injuries. However what makes it worse is, almost 25 to 45% of these injuries need surgery and the patients’ lives largely depend on the crutches.

Dream Alliance went through an Achilles tendon injury while running in a race in 2008. He cut a tendon in the front leg. His condition was so critical that he was almost considered to be euthanized. But a stem cell treatment helped him recover from his injury and at the same time get back on his career. The process was very simple. Bone marrow was collected from the hip of the horse and mesenchymal stem cells were isolated. The mesenchymal stem cells were moved to a petri dish in order to create millions of cells. Once the required amount of cells were produced, they were injected into the affected tendon directly.

The procedure conducted by the researchers at the University College of London and the Royal National Orthopaedic Hospital proved successful for the horses. Now the team is conducting a stem cell clinical trial to treat Achilles tendon injuries in humans. Andrew Goldberg, the team lead of the study explained, “Tendon injuries in horses are identical to those in humans, and using this evidence [from the 1500 treated horses] we were able to persuade the regulators to allow us to launch a small safety study in humans.”[1]

So far the trial involving humans is going well and is showing positive results. One of the patients, who was suffering from Achilles tendon injury, said, “I worried, because no one had ever had it before, except a horse. But I was more worried I’d end up in a wheelchair. The difference now is amazing. I can do five miles on the treadmill without pain, and take my dog Honey on long walks again.”[2] The 46-year old used to lead a very busy life until she started feeling a severe ankle pain, as a result of an Achilles tendon injury.

The team at the University College of London and the Royal National Orthopaedic Hospital is still unsure on how this therapy works to heal the tendon injury; however, they have used the mesenchymal stem cells, which have the regeneration ability. They are also known to reduce inflammation. The first case’s being successful is very motivating. Researchers are hopeful that they will be able to find out a definite cure for Achilles tendon injuries for humans. For an effective result, researchers need a large number of patients, so that they can gather the varied data in one single study.

[1] A horse, stem cells and an inspiring comeback story that may revolutionize tendon repair – TODD DUBNICOFF

[2] A horse, stem cells and an inspiring comeback story that may revolutionize tendon repair – TODD DUBNICOFF 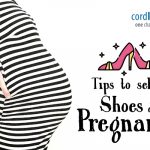 Tips to Select Shoes During Pregnancy

Since you are fully aware of your pregnancy, be ready to take important tips to select the correct pregnancy shoes so that you will not invest in the wrong one: Search for a pair that can inhale your feet-make sure you can take your toes in your chosen shoes. You can go for a fun […] 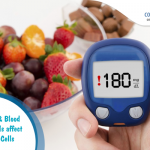 Blood sugar or blood glucose is a test that measures the amount of glucose, which is a type of sugar, in your blood. This glucose is considered to be the core source of energy for the body and can be found in foods that are rich in carbohydrates. The cells in your body depend on […] 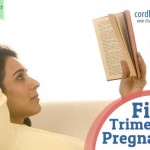 What happens in your First Trimester of Pregnancy?

The first trimester of your pregnancy is a confusing time. You may not realise that you are pregnant till six weeks have elapsed. But in reality, though you remain unaware of the major life event taking place inside your womb, your baby has already started to develop. It is almost impossible to determine the exact […]