However, cord blood stem cell therapy is the most preferred choice for transplantation ever since it was found, in 1974.

Going by the basics, earlier, when babies were delivered, it was prevalent to treat the umbilical cord (along with the cord). But it was researched and found out that, cord blood is rich with blood-forming cells is used to treat life-threatening diseases like cancer, cerebral palsy, etc.

History Has It That

In fact, the treatment of Fanconi Anaemia, in 1988, is the first successful cord blood transplant. This treatment was performed on a 6-year-old boy, who was suffering from the blood disorder “Fanconi Anaemia”.

In this year, The University of Arizona in Tuscon, banked the first cord blood units privately and the New York Blood Center, opened the first public cord blood bank.

In this year only, the first cord blood transplant performed at Duke University in Durham, (USA)

The Benefits Of Cord Blood Banking Are

So, if you are expecting parent, and still thinking, about cord blood banking we hope this article will help you to make an informed decision. And once you make this decision, half your battle is won. As cord blood stem cells are undergoing several clinical trials like Alzheimer’s, Parkinson’s disease, Autism, etc.

As, expecting parents, all you need to do choose a bank, that has years of stability, heritage, and choose a bank that internationally recognised and offers total stem cell banking solution, just like Cordlife India, Asia’s largest network of private cord blood banking has been doing, since 2001. 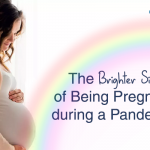 The Brighter Side of Being Pregnant During a Pandemic

Summary: Even though the recent pandemic has clouded the otherwise happy mindset of pregnant ladies, there are some silver linings as well. They can save more, spend more time with their families in these times of pandemic and coronavirus outbreak. Even though pregnancy is usually a time for lots of anticipation and excitement, the sudden […] 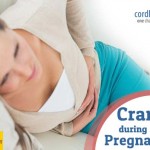 Your pregnancy is not just about the growth of your precious baby in your womb. It is also about the many changes that your body undergoes and eventually adapts to. Just like bloating, tenderness in the breasts and water retention, another sign of pregnancy is abdominal and leg cramps. These can begin early in the […] 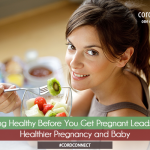 I have found many teenage girls being choosy and sulky over food and I include myself in this category. But once they start learning how to cook, the mother’s wacky old recipe tastes interesting if the young lady cooks it herself. Some women start eating all the veggies and fruits which they once hated as […]