We all know that autism cannot be cured. But Duke Center for Autism and Brain Development researchers have found a way to alleviate the symptoms of autism, thereby offering a better life for children with the condition. And the key to this therapy lies within their own umbilical cord blood stem cells.

The researchers at the Duke conducted a study to find out if the symptoms of autism can be lowered down in degree by infusing blood, derived from their own umbilical cord. They have published their findings in April 2017 and since then it has all the media attention.

The trial involved 25 children between 2 and 6. Geraldine Dawson, director of the Duke Center for Autism and Brain Development confirmed that all the children have displayed improvement in terms of the autistic symptoms. Dawson mentioned, “We measured the children’s social and communication abilities using various tests and parent questionnaires. We found that the infusion was safe and many children showed improvements in their social and language skills.”1

In this study, the children received stem cells from their own umbilical cord blood. After the infusion, their improvements were being monitored thoroughly. The doctors found that the infusion was completely safe for the children. After one year, these children were called for another round of tests in order to measure their further improvements.

Dr. Joanne Kurtzberg, the professor in the department of pediatrics, said that the process is entirely new to them. Dawson said that the study is still at its nascent stage, as they don’t have any standard comparison factor to compare the effectiveness of the therapy for autism, as there was no control group of autistic children involved in the study to compare the results. Dawson added, “Because there was no comparison group in this study, we don’t yet know whether the improvements we observed were because of the cord blood. As much as we’re hopeful that this is helping, we don’t want to prematurely make claims that haven’t been confirmed.”2

After the successful Phase I, the team is ready to start with Phase II trial, which is expected to be completed in two years. Unlike the Phase I, the second Phase will include a blind control group, where children will get a placebo infusion. Moreover, the Phase II will involve 165 children with autism.

Dawson said that the children will be divided into two groups. One group will receive umbilical cord blood stem cells and another group will receive a placebo. The groups will be switched after six months and the children will receive the opposite therapy. This will enable to researchers to find out the effectiveness of stem cell therapy for autism. Kurtzberg added, “There is a remodeling of certain abnormal brain connections [by the microglia], which then results in decreasing symptoms of autism.”3

Though the first trial showed immense improvements in the children, the team is still hesitant to call it a full-proof therapy for treating autism symptoms.  They will be able to answer all the unanswered questions after the comparative Phase II. Kurtzberg added, “At the conclusion of [the Phase II] study, we’ll be able to answer the question about whether cells are effective.”4 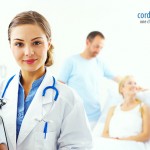 Stem cell banking is one of the fastest growing sectors in medical technology in India today. Though it is a relatively new field in the country, cord blood banking and stem cell banking are catching on in a big way, even in India’s Tier II towns and cities. Doctors are also doing their bit to […] 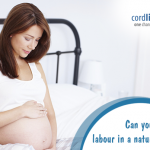 Can you Induce Labour in a Natural Way?

Many women get impatient for their babies to be born and try to induce labour on their own. What are the ways to do so? You are at the last lap of your pregnancy. While the entire pregnancy has been smooth sailing – you are in good health, the baby has grown well and all […] 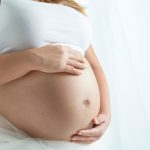 Beginning of your sixth month pregnancy is the time when your baby starts breathing. Talk to your health care provider or nurse if you have any worries about your weight gain spectrum. Everyone has their opinion, but you should be listening to your gynaecologist or midwife. Development of baby Your baby is about the size […]