Aplastic anaemia is a rare form of anaemia in which the amount of red blood cells reduces in the bone marrow. It stops the blood cell production and initiates fatigue that can further lead to various kinds of infections and excess amount of bleeding. This can happen at any age and at any time. So, the cord blood preservation will help to initiate the therapy for the diseased people as soon as possible.

Nowadays the stem cells collected from the umbilical cord blood can be used for treating even a critical aplastic anaemia that is followed by acute failure of the liver and the transplantation of the liver.

Acute aplastic anaemia is a deadly disease which requires an immediate treatment prior to the admission of the patient. The reason behind is that this disease is not detected in the early stage and when detected it already becomes severe which needed an immediate treatment. It has been reported from various settings that there are up to 28% of the recipients those who had undergone through orthotopic liver transplants. The cord blood also provides the ability of doing liver transplantation of the children those are suffering from aplastic secondary anaemia.

From the above discussion it can be said that by using the stem cells that were taken from the cord blood can be used for treating severe aplastic anaemia. It will help in reducing the acute failure of liver by doing the stem cell transplantation. 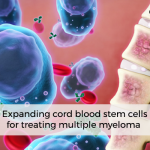 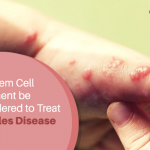 Can Stem Cell Treatment be Considered to Treat Shingles Disease?

Shingles a viral infection, also known as herpes zoster is a painful rash and found in the nerves as well as surface of the skin. Shingles is mainly caused by the virus which causes chickenpox. Along with the pain it also causes peripheral neuropathy resulting in the damage of the body’s peripheral nerves. The damage […] 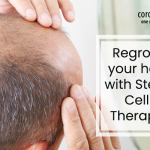 The human body starts degenerating as the age increases. Degeneration of functions of cells, tissues and organs occurs as we age. There are several conditions in our body that are undergoing unnoticed changes even for years such as gradual loss of bone tissue and decreased resilience of blood vessels as well as more obvious physical […]