According to the research, growing stem cells in the muscle, especially on the developed synthetic matrix, try to copy the elasticity of real muscle, thereby allowing them to retain their auto-renewing agents. Adult stem cells are already present in our body. They play a significant role in forming body tissues in muscles, blood and neurons. So far scientists struggled to create the stem cells in adequate quantity, needed for cell differentiation. Moreover, the stem cells lose some of their qualities immediately after they are kept in a culture dish. One of the qualities is self-renewal. It’s the ability to turn into another stem cell and at the same time the differentiating daughter cell.

This new technique would not only overcome the issue, but it would also help in revolutionizing the application of stem cells in different procedures.  Helen Blau, a researcher at the Stanford’s Institute for Stem Cell Biology and Regenerative Medicine explained, “Cells don’t normally exist in contact with a rigid cell culture dish. They sit on soft tissue. By mimicking this environment we can really influence their function and allow them to self-renew in ways we’ve never been able to achieve before.”

The researchers have developed a new culture system in order to create a more comfortable and softer environment for the stem cells to grow. They used a material, called hydrogel, made of a platform of polyethylene glycol polymers with water. Once they decreased the quantity of polymer molecules, it was turned into a more flexible and more elastic surface.

The researchers let the stem cells grow in the hydrogel for a week. After a week, they found that the softer cells had more cells compared to the less-elastic gels. The scientists had then used the new algorithm to track the cell development automatically. They have found that the cells are not dividing faster. Rather more cells remain alive in the culture dish.

Blau said, “This in itself is a huge advance. Until now it’s been pretty impossible to do these studies without spending half a year or more manually scoring pictures or movies of cells in culture. Now we can figure out exactly how the cells divide and move, who begets who. As a result, we can begin to study all types of variables,” she added, “Clearly the cells grown on the more-elastic surfaces have better survival and self-renewing properties than those grown on standard tissue culture dishes. We conducted our experiments with muscle stem cells, but I expect this will be true for other types of adult stem cells as well.”

Apart from the new algorithm, the researchers continue their work to find out how this advancement would help in stem cells therapies to treat muscle-related problems like muscular dystrophy. Blau said, “Researchers really had no way to grow these cells in the laboratory before. These findings may allow us one day to replenish the muscles of patients with muscular dystrophy and other muscle-wasting diseases with healthy stem cells.” 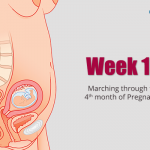 Week 15 – Marching Through the Fourth month of Pregnancy

To the entire mom-to-be, in the fifteenth week, you are still in the fourth month of your pregnancy. This is the time when your little one starts preparing for its survival in the outer world. If you are doing any regular activities such as swimming, yoga, etc. Then you can continue with all those activities […] 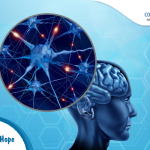 Jandy Nelson of ‘I’ll Give You the Sun’ said, “You have to see the miracles for there to be miracles.” And that is exactly what I witnessed. My next door neighbor in Jowitt Road, Hartlepool (UK) Eric Thomson had been diagnosed with Multiple Sclerosis (MS) almost four years ago. A father of five, his condition […]