Did you know that there has been an ongoing ethical debate surrounding stem cell therapy? And to this end, cord blood has brought in hopes for treating diseases using the umbilical cord stem cells. This has received much appreciation, especially since it was a much need solution to the used of primitive cells drawn from the embryonic stem cells, which had led to the ethical questions being raised.

The use of embryonic cells was looked down upon by various medical and religious societies, on the ethical ground that man does not have the authority to destroy human life and that embryos also have rights, since they are the beginnings of human life.

Today, the storage of umbilical cord stem cells is a huge industry. Just looking at the staggering numbers in the USA is enough to prove its humongous size. Almost 1.15 million cord blood units are being privately stored in American cord blood banks, and each unit contains approximately 60ml of cord blood.

However, to qualify for donation in a public bank, a single unit of cord blood should weigh 144gms or close to 89 ml. Today, there are nearly 200,000 units stored in public banks in the US. And because there is no dearth of cord blood for research, scientists have been able to discover some life changing uses for it.

Results have been more prominent in children than adults. This is mainly because adults require at least two units of cord blood, as opposed to one unit in children, who are much smaller.

So, apart from research on treating conditions like diabetes, cerebral palsy, autism, heart condition, AIDS and other such disease; research is also being focused on trying to draw more number of umbilical cord stem cells for a single cord. Multiplying them to give a larger unit base is a priority for researchers right now, so that there are sufficient stem cells for the treatment of an adult.

Whether you choose to donate or bank your baby’s umbilical cord stem cells privately, it is crucial to understand that it provides a base for numerous life-saving treatments, both now and in the future. The possibilities of this rich resource will continue to expand through the years. 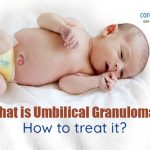 What Is Umbilical Granuloma? How To Treat It? 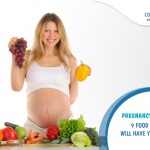 Pregnancy Nutrition: 9 Food Groups That Will Have You Bursting With Energy

Have you lately felt that you just don’t have the drive to indulge in things that you’ve enjoyed in the past? Of course…. you are pregnant. Whilst, there’s not much physical evidence of it in the first trimester, one still has to realise that you are making that little person inside you. It is solid […] 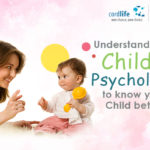 Child’s Psychology: How To Know Your Child Better?

Children are the most beautiful gifts from God. Of course, such a wonderful gift in your life is like a blessing. Isn’t it? We’re sure that, you love the sweetness, innocence, and naughty activities of your child. But, as parents, you should also know that your child’s mind is no less than a piece of […]