What if we told you that you could view transparent human cells? The Allen Institute for Cell Science researchers have invented a new data imaging technique in order to see the inside of stem cells. The images are not animation of cells, rather based on the insights derived from high quality photomicrographs with 6,000 induced pluripotent stem cells or IPS cells. All these stem cells are collected from human skin. The team fondly calls the technology as Allen Cell Explorer.

The process involved the IPS cells undergoing a gene editing, so the fluorescent markers could be attached to form 11 types of different structures. The idea was to know the inner machinery of our cell system. Followed by this, the researchers applied a deep analyzing computational method to document the entire structure of each stem cell, as viewed from the 3D maps.

Rick Horwitz, The executive director of the Allen Institute for Cell Science said, “This is the first time researchers have used deep learning to try and understand the elusive question of how actual cells are organized. The cartoons we rely on in textbooks, which are based on an artist’s interpretation of data from a relatively small number of cells, will eventually be replaced by data-driven models of this kind from very large numbers of cells.”[1] Molly Maleckar, the director of modeling shared the complexity of this system, as she mentioned, “We’re actually having brainstorming sessions to see what else can we do with this data.”[2]

The tool will prove a path breaking discovery in the history of medical science, as predicted by the scientists, as they can now see the changes the cells go through after receiving various drugs. Susanne Rafelski, the director of assay development said, “The idea that we can build a cell, and think of the cell as a whole, and see how that cell changes as it grows, divides, differentiates or gets sick – to me, it’s really a new frontier in thinking about cells and the cellular basis of disease.”[3]

In other words, cell functions like mitochondria, microtubules and cell-to-cell junctions are the challenges that scientists wanted to address with this invention. Maleckar remarked, “There’s this assumption outside the world of cell biology that people must know where everything is. … That’s actually not true.”[4]

The tool is often compared to the city maps that show all the highways, power plants, toll booths inside a city. Apart from the Allen Cell Explorer, there is a 3D Cell viewer that highlights 3D visualization of stem cells. There is also a cell catalog that shows all the required information about the gene-edited stem cell lines, offered by the institute. Any researcher can order the tools and the cell lines through a non-profit AddGene repository, run by the Allen Institute for Cell Science.

The team aims at a concrete visualization of stem cells as they are modified into different types of cells. Rafelski said, “It’s astounding that we get to do this, that we get to do science and then share science as beautifully as possible”, while Maleckar added, “I would absolutely agree. Science altruism: It really works.”[5] 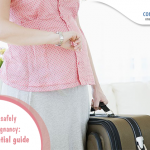 Your doctor’s advice and what your own body tells you are good enough indicators of whether you should travel during your pregnancy or not. Your pregnancy brings with it a rollercoaster of emotions. Each of your waking moments is devoted to caring for your unborn baby. You completely modify your diet, start undergoing moderate amounts […] 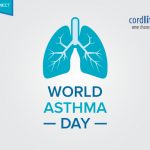 Your existing asthma needs to be controlled properly in order to prevent other health complications to yourself and your unborn baby. Being pregnant brings with it a lot of other issues – you need to be extremely careful about your diet, your exercise and sleep schedule, your medication and most importantly, dealing with existing disorders. […] 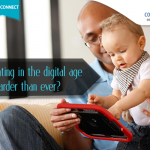 Is parenting in the digital age harder than ever?

Mobile phones, tabs, PSPs and laptops – the average toddler has most likely logged in hundreds of hours on digital technologies before they are even admitted into playschools. The presence of these accessible digital technologies in turn has transformed traditional parenting methodologies. Digital technologies today do provide parents with certain advantages like entertainment on the […]