The first successful bone marrow transplant was performed as far back as 1968. It was said that the human bone marrow contains somatic stem cells that can regenerate the various cells that constitute our blood. Almost half a century later, it was found that these cells also have the potential to form human tissues, apart from just hematopoietic cells, such as the liver, muscles and even neurons. And so, today, the greater part of bio medicine is devoted to fully unlocking the potential of stem cells to treat a multitude of diseases, ranging from anemia to cancer and AIDS, and to this end, there has been a steep increase in private and public stem cell banking facilities all over the world.

The umbilical cord is the source of nutrition and oxygen for a baby, as long as it is within the mother’s womb. A new born baby has no need for this cord, which is why it is severed and discarded at birth, along with other waste. However, in recent times, research has extended the scope of cord blood stem cells, and it has been proven that this is a vital medical resource in treating an array of health issues. Researchers now advise expecting parents to opt for stem cell banking.

Cord blood stem cells are better in counteracting medical conditions, since these transplants entail low risk of rejection than other sources. This is because they are relatively immature cells and have a characteristic of versatility that is rare in other cells. The cells are not fully developed and do not posses identifiable features that would be fought off by the recipient’s immune system. And since they are not fully developed, they lack their own immune cells that could attack the recipient, a problem that commonly exists in bone marrow transplants.

Today, cord blood stem cells are being used successfully for the treatment of nearly 80 diseases, including leukaemia, Fanconi anaemia, bone marrow disorders, immune deficiencies and the treatment of various types of cancer, to name a few. So, stem cell banking of an infant’s cord blood doubles the chances of successful treatment, since it would be a match in every way.

When they are used in adults, stem cells from more than one cord blood sample are required, since adults are much larger and need more cells. Since stem cell banking of cord blood is still picking up, research is being focused on trying to draw more number of stem cells, and multiplying them to be sufficient in the treatment of an adult. This method is called “ex vivo expansion,” and it is already show promising results in clinical trials. 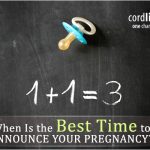 Too Soon? Too Late? Here’s When to Disclose the News of Your Pregnancy!

Want to make this moment priceless? You are not the only one! Millions of women get confused trying to find the perfect way of telling their loved ones about the baby! The most crucial decision for expecting parents is the one to disclose the news of pregnancy. Here are some of the innovative yet common […] 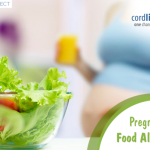 Certain foods might trigger an allergic reaction in your system. While you can deal with your allergies at other times, you might need special care during your pregnancy. Being pregnant introduces a wonderful new chapter in a woman’s life. She goes through myriad of emotions and bodily changes as the baby grows inside her womb. […]